The seeding ‘tradition’ has felt as old as time, but since 2002 it has not been required following an agreement with the ATP.

Instead a formula is used, to more accurately reflect an individual player’s grass court achievements.

Among those players whose seeding has been bumped this year includes Richard Gasquet, promoted to seventh seed and Nick Kyrgios who edges into the top 16.

There have been no changes to the current WTA Rankings for the women’s seedings.

Defending champions and opposite from the No. 2 seeds

Occupies the bottom place in the draw, opposite from the World No. 1.

Will face players seeded 9-16 in the third round

Will face seeded 1-8 in the third round. 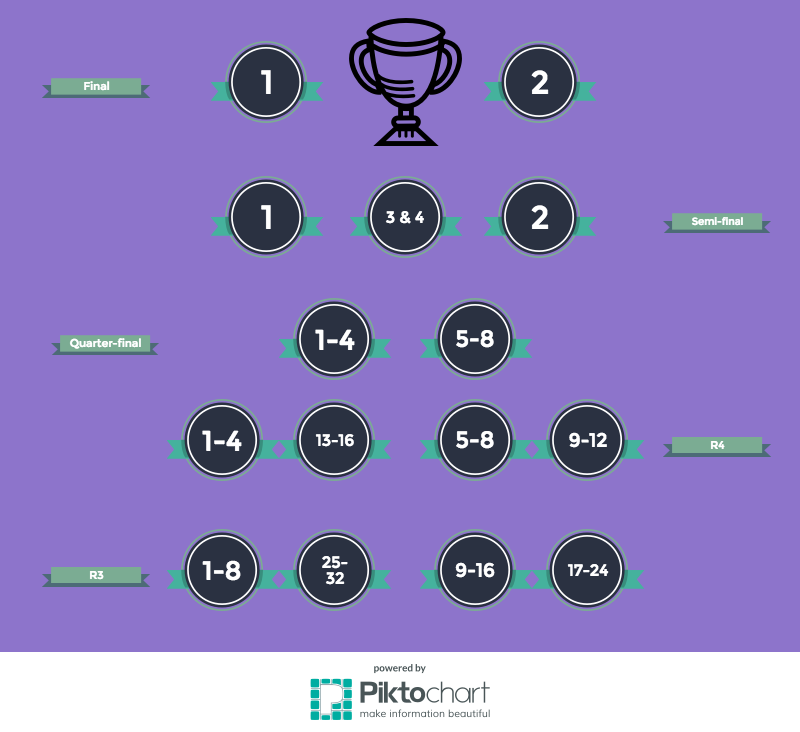 There is a feel of the ATP Lost Generation (Nishikori, Cilic, at a push Raonic) versus the Next Generation, with the jump up the rankings serving Thiem and Zverev well.

They will be exciting prospects to view as Nishikori seems to be struggling physically once more.

Nick Kyrgios goes in with his highest ranking to date, and having made the quarter-finals on his debut (ousting World No. 1 at the time, Nadal) few could count him out of a deep run here.

The real question though is whether the decision for Andy Murray to reunite with Ivan Lendl has the X-Factor to send him to a third Wimbledon final, and his third straight Slam final this year.

Neither Halep or Bencic come into the tournament in top form, and you could even add Kvitova to the walking wounded mix – they could be the shock names to go early.

With Victoria Azarenka’s withdrawal due to a knee injury, Venus Williams now is in the top 8, Konta now earns a place “upstairs” with the top 16.

There are some very dangerous floaters in the draw if the progression at Eastbourne is anything to go by – Caroline Wozniacki and Elena Vesnina in particular should set alarm bells ringing for any seeds in the draw who get them early.

Watch out for Keys who really impressed with how she could figure things out in Birmingham amidst the endless rain, and of course a lot of British interest will lay on Konta – a steady but not emphatic start at Nottingham and Birmingham has already been backed up with her equalling last year’s run to the Eastbourne quarter-finals.

The draw for the Wimbledon Men’s Singles will take place at 10am, Friday 24 June.

SHOP at the Wimbledon Online Store